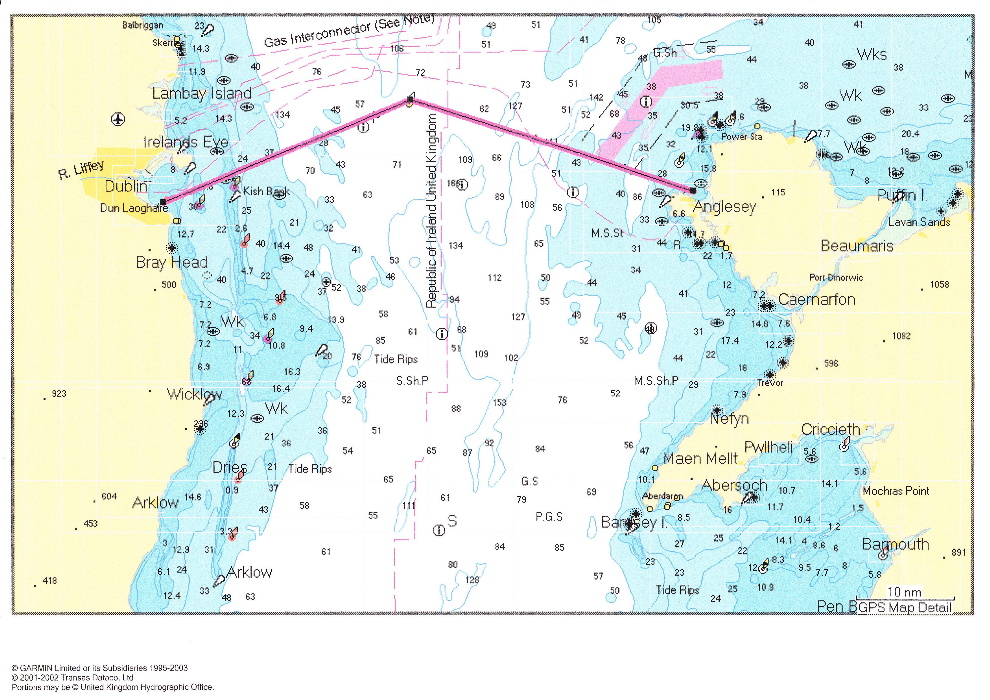 Despite Royal Weddings, Leinster playing in the rugby semi-final, not a great weather forecast etc etc, 21starters from an entry list of 23 boats came to the start line at the East Mark in Scotsman’s Bay on Saturday. The only new boat in the race was “Sgrech”, a J109 owned by our ISORA Hon Secretary, Stephen Tudor. Stephen had sailed his J92 in the series for the last few years.

The first duty on the day was to decide the break for the Classes. This could only be done when all the rating information had been submitted. We first considered that the break would be 1.029 and this would put “Raging Bull” in Class 1 and the two J109's in Class 2. However, “Raging Bull” came in at 1.027, between the J109's. It made no sense to have one J109 in Class 1 and the other in Class 2. The Sailing Committee had been toying with the idea of a Silver Fleet. However, when the above conundrum came to light it was felt that having a Class 3 would solve both problems. The break for Class 3 is 0.999 or lower. The break for Class 1 is 1.040 or higher.

The forecast for the day was for north-east winds going east, force 5-6 occasionally 7. This would produce a beat to M2 and, if the wind remained north-east, a long leg short leg beat to Holyhead. At the start the wind was 12-14kts east. About 1 mile from the line the wind dropped to 8kts or less and rotated. The fleet bobbed on the lumpy sea for nearly an hour. This experience upset many of the sailors who were on their first race of the season and whose “sea legs” had not kicked in!!

As suddenly as it disappeared, the wind rose and within minutes was up at 22kts north-east. It continued to grow and was a steady 24-26kts occasionally gusting to 28kts – exactly as forecast. It was a long hard wet beat to M2.

Last year’s ISORA Champion “Raging Bull” was the first to round with “Aztec 3” close behind followed by “Tsunami” and flowed closely by “Sgrech”. These boats remained within close contact for the fetch to Holyhead. The weather and other reasons forced many boats to retire.

Only 12 boats crossed the line at Holyhead with “Raging Bull” crossing first at 18.42 while the last boat crossed at 02.23.

As usual a great social gathering, arranged by Dawn Russell of HSC, took place in Holyhead despite everyone being exhausted.

The next race is a combined ISORA / RAYC Day race on the 7th May down to the North Arklow buoy and back to Dun Laoghaire. I ask those ISORA boats taking part in this race to also enter the Royal Alfred / Lee Overlay Series. This series is sponsored by Adrian Lee of Lee Overlay Partnership and the entry fee is very nominal. Details on www.rayc.ie.