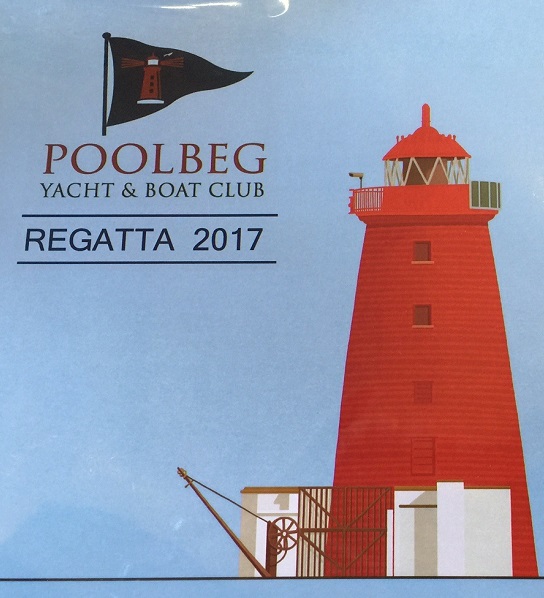 It’s Mr. Chairman’s birthday. We don’t love him quite enough to procure either a Marilyn lookalike (in your dreams Peter) or a Marilyn soundalike to seduce him with “Happy Birthday Mr. Chairman” in a sexy, husky, sultry voice. Although he probably deserved it – more than Jack Kennedy did anyhow. Or perhaps we did, very late on in the fantastic Poolbeg Yacht & Sailing Club, but if so it was as I was home in my cot, snoring to my hearts content, full of Uncle Arthurs finest.

What we did give him for his birthday though was a kind of BOGOF (buy one get one free) sailing event in that last Saturday saw yet another first for the new look, all singing, all dancing, don’t stop me now ‘cause I’m having such a good time, ISORA season of 2017 – two races incorporated into one. Ye what, Gay? Yep two races in one on a perfect early summer’s day for sailing with an average 15 knots of wind and little or no sea – just what anyone would want on their birthday, no?

So Happy Birthday Mr. Chairman, you don’t look a day over 58!

Cards on the table time - I love Poolbeg Yacht & Sailing Club. Nothing like cutting to the chase and getting it all out, up front, early doors. First time there but wow, great club, great people, great welcome. There are clubs, let’s be honest here, that ISORA rocks up to each season (Pwhelli & Douglas most definitely excluded) and I always feel we're like those relatives coming to town – you know, the one’s that we put up with rather than look forward to their arrival. Yes they're family, yes it's tradition and all that, they visit annually, but really? We're a bit sick of you actually? Anyone? You know I'm right. But certainly not here in Poolbeg.

So to rock up the Liffey for the first time EVER to Poolbeg Yacht & Sailing Club and have a rib on the finish line sounding a finishing signal, be eagerly but pleasantly directed by club members on the pontoon to a specific berth on the marina, have a samba band blasting out tunes up on the outdoor stage, free grub from what looked like Bimbo Reeves mobile chipper out of Roddy Doyle’s “The Van”, a jam packed hopping clubhouse with excellent service and hospitality? And a club with soul. You can’t buy soul - it’s like charisma, you either have it or don’t. One chance to make a first impression folks and wow did Poolbeg nail it. The fact that I may have exceeded my quota on the alcohol front and most definitely over shot the runway should in no way detract from what was and clearly is an outstanding family, homely, welcoming club. Good on ya Poolbeg.

And shame on those few who sailed straight through the finish line and returned quick smart to Dun Laoghaire. Very un-ISORA like and very uncharitable. If we finish outside of our normal ports then good manners and decency demands we drop in to pay our respects. I spoke with Poolbeg Commodore Roger Smith from Wakey Wakey who was thrilled with the turnout. And so he should have been – totally deserved. Gerry Whistons First of September out of Poolbeg has been an ISORA stalwart for yonks. Add in Thisbe along with the classic Maybird and Poolbeg is such an important contributor to ISORA you wonder why Saturday was our first visit. Tell you what though, we’ll definitely be back. They throw such a good party. And partying is an integral part of what ISORA is about. Sure it’s competitive but in reality only a handful of boats are in with a shot at the title. The rest? The rest are along for the camaraderie, the craic and the friendships forged over many years of participation.

Race time. Seven up, although many newbies today on Lula Belle. A fresh new start off Howth. A smorgasbord of yachts in the bay is a sight to behold. He missed the last race (or drift) to Arklow to attend Munster’s humiliation in the palindrome. The slagging starts early on the delivery over to DNS (de North Side). He keeps his counsel – no other option after that horrendous display. Eyes up the new crew. The beauty about Ladyboy supporters is that their accent gives them away from fifty paces. So, five Ladyboys, the skipper from the Wesht and him – a lone wolf from the southern bog. Odds are against him so, but he’s nothing if not a fighter. Start gun. Kite time as soon as they cross the line. A2. Skipper issues instructions as to who is to do what. Kite up. Twisted. Kite down. Twist out and kite up again. Skipper chewing the inside of his cheek in frustration rather than chewing the new crew. Respect skipper. Jib furled and time for the real work.

The manoeuvers around hoisting the kite are a bit like musical chairs he always feels. Everyone running around busy as hell until the big whoosh of the kite filling and the boat surging forward. That sound is akin to the music stopping on musical chairs – you are where you are. Shite, he thinks, he’s only bloody well gone and done it again. Hoist is over and where is he positioned only standing over the one winch with the spinnaker sheet coiled around it and a winch handle teasing him to put his hands on it. Ah Jaysus - here we go again. Right so, he better start grinding. Too old for this carry on, he thinks. But not too clever to always seem to end up grinding – you’d think he’d have learned by now. Gobshite. There’s no fool like an old fool.

So then it becomes a somewhat personal challenge for him. The others probably have no idea but in his head, it’s now a contest. He’s gonna grind the hell out of this kite – for Munster. Because he’s a Munster Ultra. Is there any other sort? Young Conor (a Junior Ladyboy) is nominated for trimming – good young fella, good attitude, not afraid of hard work, he’ll go a long way. He shouts at the kid:

All the way to Lambay – about three quarters of an hour. They have a great tussle with Big Deal, swapping places a number of times on the way to Lambay. After maybe thirty minutes David (a more Senior Ladyboy) offers to relieve him. He declines. They gybe the kite rounding the island. David offers relief again. His head is pounding, back aching, shoulders screaming. He declines again. He wonders if he applied sunscreen earlier but realises he is struggling to even remember his name, never mind sunscreen. Sweat is running down his face like Borza’s finest grease off scalding hot chips. Bloody hell – there’s his new Shiseido Future Solution Lx Serum, €370 for a 10ml tube shagged. Seems a bit of an extravagance now - gone down the swanny like a drinkers beer recycled down a urinal. Ah Jaysus.

Struggling with his stamina now but this is personal. His white coated, dehydrated, dry as sandpaper, swollen tongue is hanging limply out the side of his mouth like a jarveys horse in Killarney having just pulled four large rotund Yanks around the Killarney National Park in blazing summer heat. But there is no surrender. It’s for Munster and that means honesty of endeavour, integrity and leaving your all out on the battle field. Like Jesus asking St. Peter those three times, David asks a third time if he’d like to come off the winch. The skipper, a wise old sage from the West of Ireland has the scenario sussed and roars laughing as he exclaims:

“Lads, are ye mad or what? Shure lads, he’s never comin offa that winch. It’s a Munster thing. Shure he can’t be giving up and handing over to a Leinster man – no way that’s happening. Shure that would be humiliation in his eyes.”

The skipper is spot on. A good skipper knows his crew intimately. He has him well sussed out, that’s for sure. Give the grinding over to a Leinster Ladyboy? Are you for real? Like, sure a Ladyboy couldn't grind his feckin teeth. Oh no, he'll struggle on here for fear those Dillon boys from Foynes will go back down home and tell the Claw that he ceded control to a Ladyboy. Never going to happen.

Relief comes on the beat to Portmarnock. Short lived. They round the Lambay race finishing mark and set off on the second race within a race. The kite goes up again. He’s running on empty now but spots the fleet up ahead dropping their own kites so he knows this stint will be short lived. Just as well. Much longer and Rescue 117 would have been getting a call for a middle aged WAFI with a Myocardial Infarction. Kite comes down and they settle into flukey winds to North Burford before a nice soft beat into the finish off Poolbeg. Despite his aches, his middle aged man pains and his dehydration he recognises it was another memorable ISORA offshore event. Now, he thinks, to the bar.

Fogra – funniest moment of the day was maneuvering into our berth on the marina when a club stalwart shouts a greeting to Poolbeg prodigal son Liam Coyne – “how’ya Liam, welcome back but this is a close as you Mayo men will get to Croker this year.”