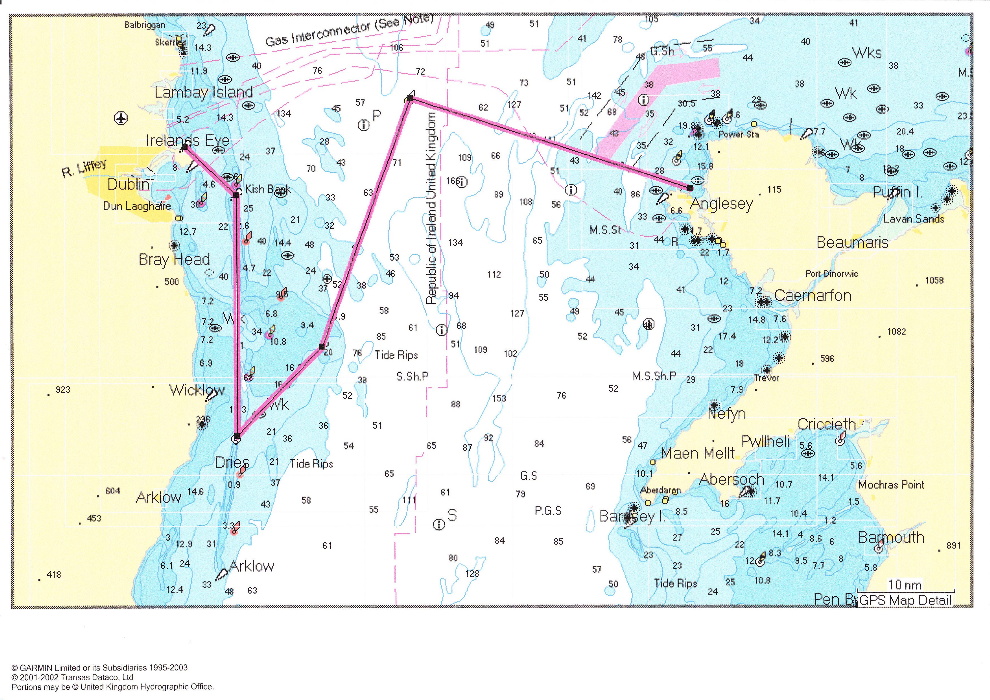 Following very closely after the Dingle Race, ICRA Nationals in Crosshaven and the Sovereign’s Cup in Kinsale, it was understandable that the numbers of ISORA boats taking part in the Lyver Race was small. The “grim” forecast of no wind did not encourage any boats to take part either. Never the less, five ISORA boats joined the 10 other boats and came to the start shortly after 19.00 on Friday the 1st July.

In view of the forecast the Sailing Committee shortened the race to the minimum requirements of RORC to qualify for the Fastnet Race – 75 miles. The time limit for the race was 24 hours after the start. With little wind at the start, and a north going tide just starting, they chose a “waypoint” just south of the Isle of Man as the turning mark and then to Howth.

This decision turned out to be inspired. The little wind there was there at the start was from the north-west so the first leg was a beat to the waypoint. Those boats who took the north leg from the start shot away in the tide while the others appeared to remain static in Holyhead Bay. The forecast was for the wind to veer around to the south later.

All through the night the winds were very fickle and boats had the chase constantly fluctuating breezes. Despite the little wind, it held for most of the night. At day break the wind started to pick up from the forecasted South and boats popped their kites and headed for the waypoint. There was a great gathering of boats at the waypoint with 12 boats visible around the waypoint.

The next leg to Howth was a white sail reach. This turned out to be an intensive chase with the J111 “Arabella” taking the lead followed by two Prima 38’s, Stephen Tudor’s “Sgrech” and Matt Davis’s “ Raging Bull”. The wind from the south increased in strength as the fleet approached Howth.

While “Arabella” took line honours, it only managed to take 2nd place overall. “Sgrech” took 1st place and “Raging Bull” took 3rd place. All the boats that had not retired, managed to complete the course within the time limit.

The boats taking part in the race were fitted with trackers. The progress of the race can be followed by clicking the following link: http://live.adventuretracking.com/lyver2011 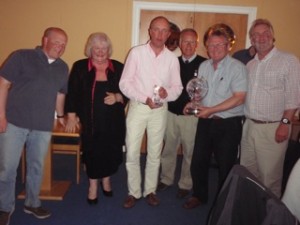