Ben of Howth by WakeyWakey J109

Champagne Sailing for “Aurelia” – Good results for Pwllheli. 14th May 2018.

The first offshore race of the ISORA Offshore Championship 2018 took place on the 12th May with a starting time of 08.00. 23 boats from the entry list of 27 came to the start line in Dun Laoghaire.

The original starting port for this race was Holyhead. However, due to the disastrous consequences of the recent storm where their marina was destroyed, it was reluctantly agreed that the start should be changed. Being the first offshore, and typically only 50 miles, there were no other options but to start and finish in Dun Laoghaire.

Unfortunately, the position in Holyhead has also affected the next race on the 26th that was scheduled to be from Dun Laoghaire to Holyhead. The finishing port for this race was to have facilitated those boats heading over for the Race 6, Midnight race in Liverpool. It was intended that some boats would remain in Holyhead after the next race and deliver from there to Liverpool.

The weather forecast for Race 3 was predicting no wind forecast until 11.00 and then south-easterly winds increasing to 10-15 knots after that. The winds were then forecast to drop later that evening. This is exactly what the weather did.

With the forecast in mind the course for the race was agreed as follows:

The start at 08.00 was provided by Grainne Ryan and Jo Thompson at DBSC’s Pier Mark. The fickle breeze at the start area was not kind to all boats and while some boats moved north off the line towards Rockabill, others were left behind.

“Sgrech J111” Stephen Tudor, “Jackknife” Andrew Hall, “Indian” Colm Buckley and “YoYo” Brendan Coughlan, were the lead boats to break from the line. However at the Howth Head, “Indian” and “YoYo” stalled and “Aurelia” Chris Power Smith and Mojito” Peter Dunlop, join the other two boats heading toward Rockabill. At this stage the wind was filling in from the south east at 10knots and the fleet were under spinnaker. “Aurelia” took the unique passage between Lambay and the coast while the remainder of the fleet stayed offshore of Lambay. This appeared to have paid royally as they approached Rockabill behind “Jackknife” and “Sgrech J111”.

The leg to east Kish was a beat in south easterly 12-15 knots. The main tussle at the front of the fleet was between the two equally rated boats “Aurelia” and “Sgrech J111” with “Aurelia” just tacking in front of “Sgrech J111” at East Kish. After that, it was a soldier’s race with a reach to the finish. 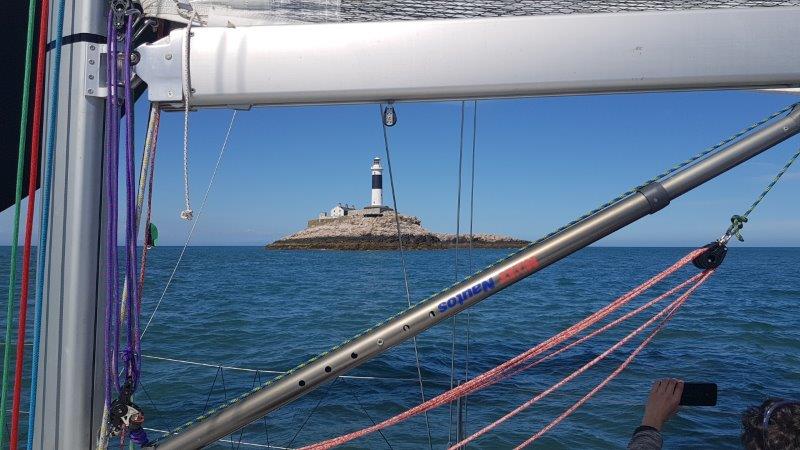 The fleet were also racing under ECHO but technical problems prevented the results being issued at the time of this report. These will follow.

The race was very successful for the boats from Pwllheli with the three boats, “Sgrech J111”, “Jackknife” and “Mojito” taking 2nd, 3rd and 4th in IRC Overall. Another factor is that the first seven boats, with the exception of “Rockabill VI”, were J-Boats!!

Full results and the YB tracking of the race are on the ISORA website.

Despite the sometimes frustrating wind conditions, the sun shone all day. After the race many of the visiting boats tied up at the National Yacht Club and the usual “apres sail” commenced. 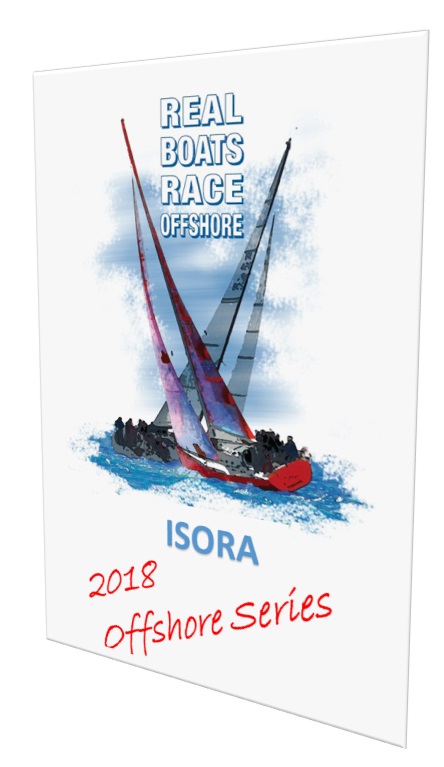 ISORA Sailing Committee is made up of members who represent a cross-section of the fleet and representatives from our visiting ports/clubs.

The devastation in Holyhead has had a significant impact on the ISORA 2018 schedule. The consequence for the committee now is not only to choose the course for each race but to choose a start and finish point!

These decisions will certainly impact on competitors and our aim, as a committee, is to try and accommodate all competitors whilst maintaining the ISORA ethos.

It is inevitable that there will be disappointments but with effective decision making we hope that we can keep most of the fleet engaged and enthused about ISORA racing. 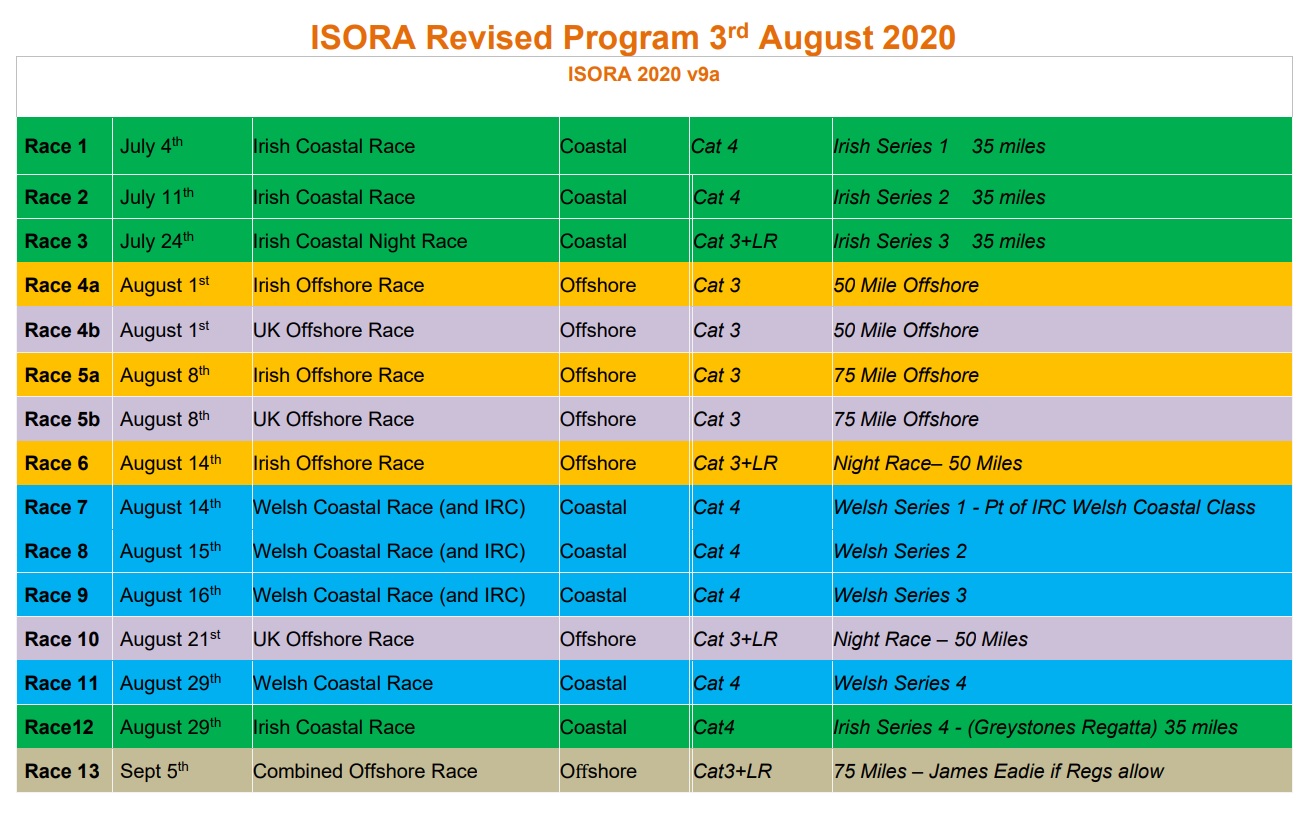