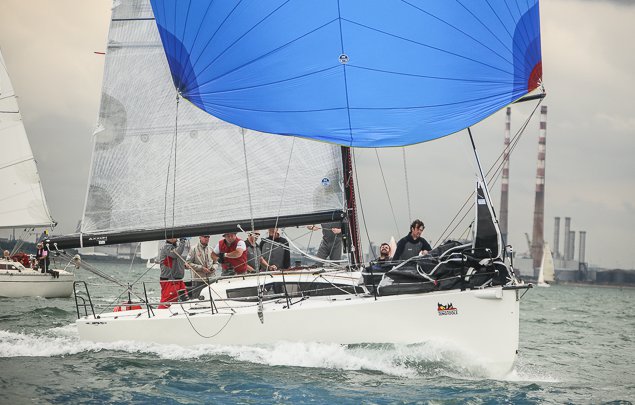 Offshore from Holyhead to Dun Laoghaire – Tough but Rewarding.  13th May 2017.

The Results are available here

The first offshore race of the ISORA Avery Crest Offshore Championship 2017 took place on the 13th May. 32 boats from the entry list of 36 came to the start line in Holyhead.

The weather forecast was predicting southerly winds increasing fresh to strong later in the day. For the first offshore of the season, and to minimise the exposure of the fleet to the later conditions, the course was chosen to be from the start at Holyhead, taking the M2 weather buoy to port, South Burford to starboard and then to the finish. A distance of 59 miles.

The start at 08.00 was provided by Dawn Russell of Holyhead Sailing Club using the Pier lighthouse and the Clipperra buoy. Despite a huge natural bias on the line for the lighthouse end, boats appeared to be happy spread along the start line in the gusting winds.

Not only was wind going to be the issue for the fleet but a very strong north going tide at the start would push the fleet northwards, turning what should have been a tight spinnaker leg to M2 into a loose fetch. The fleet headed towards M2, some allowing the tide to push them north while others sailed tighter and remained on the rhumb line. Conditions for the first leg were averaging 20knots SSW.

Andrew Hall’s “Jackknife” lead the fleet to the M2, located half way across the Irish Sea. At rounding the mark, the fleet was well bunched, encouraging crews to maintain speed in the blustery conditions.

The leg to South Burford was a tight fetch. It was hoped that the turning tide would push the fleet southwards allowing boats to free up in the increasing winds and sea state. This did not happen until much later in the race – a favourable tide turns quickly, the unfavourable tide never appears to turn?

Conditions as the fleet approached South Burford had deteriorated. The winds had increased to 27 knots southerly will greater gusts. The sea state were particularly bad close to the Burford Bank with winds against tide. Once in Dublin Bay, calm was restored and the final 4 mile reach to the finish was a relief. Despite the wind backing to SE close to the finish, none of the battered crews attempted to launch spinnakers.

The finish line was between the pier heads in Dun Laoghaire and the constant procession of boats kept the Finishers, Grainne Ryan, Kathryn Meghen and Anita Begley busy. The trackers were also used to provide finish time and these worked well, providing instant provisional results on the YB Tracking app and ISORA website. 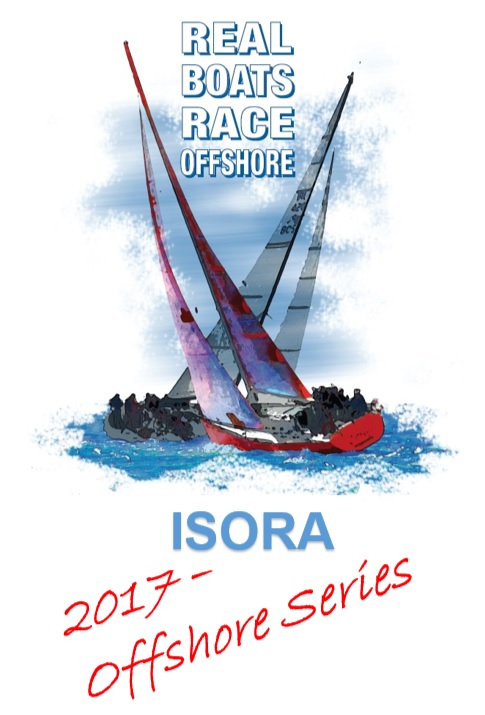 Full results and the YB tracking of the race are on the ISORA website.

After the exhausting race many of the visiting boats tied up at the National Yacht Club and the usual “apres sail” commenced.

Despite not ideal conditions, the general opinion of the race was “tough but rewarding”.

The next offshore is on the 27th May starting in Dun Laoghaire at 08.00. This race will be different to the usual offshore as it will start and finish on the Irish side. Arklow has not been used as finish port by ISORA before. Mark Fallon, Commodore of Arklow Sailing Club has arranged a great social event for the finishing boats. At present 33 boats have entered this race but it is hoped that the 60 mile offshore and the coast will entice new boats to take part. 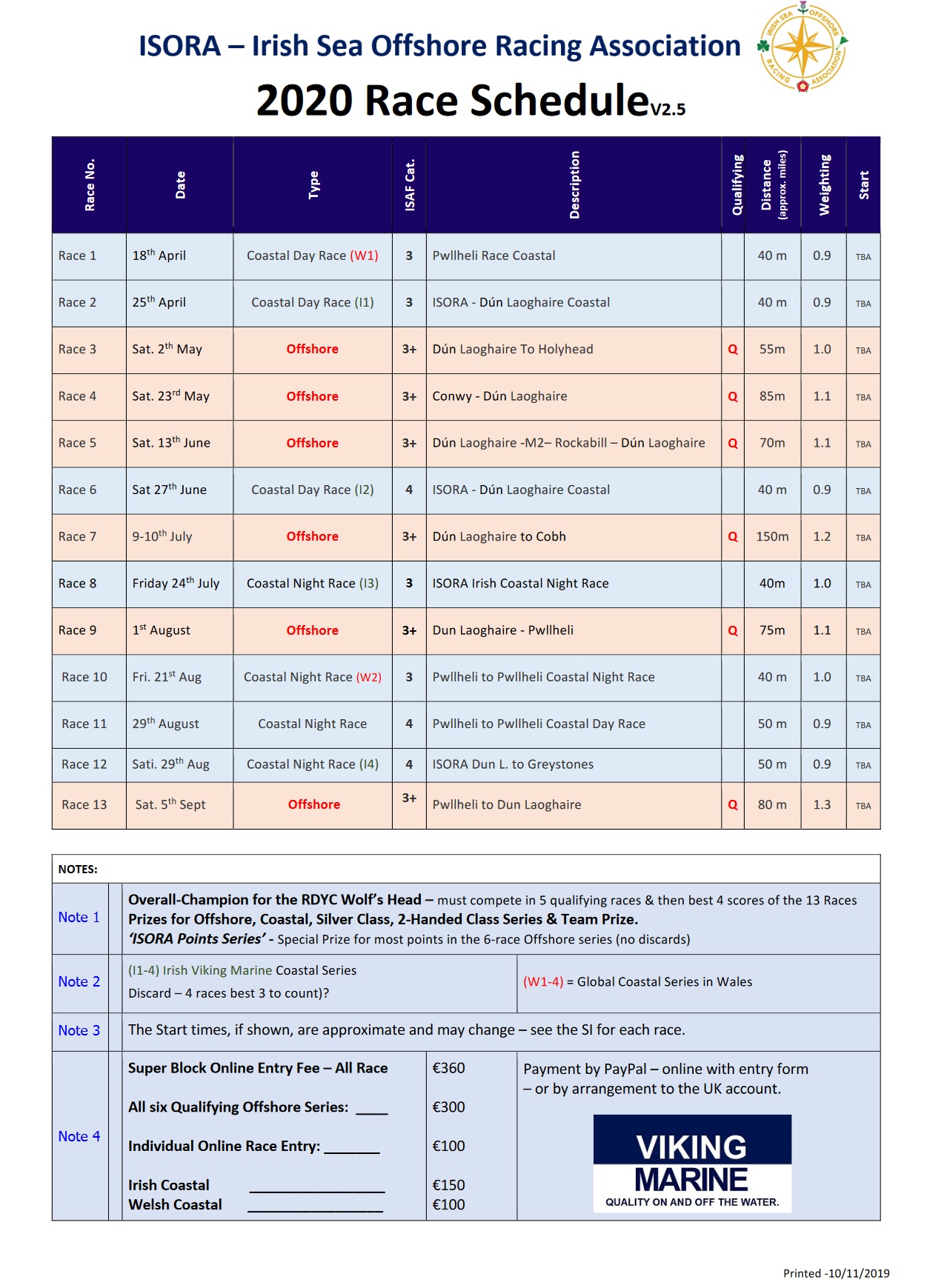 The Notice of Race and Sailing Instructions will be published here soon ............